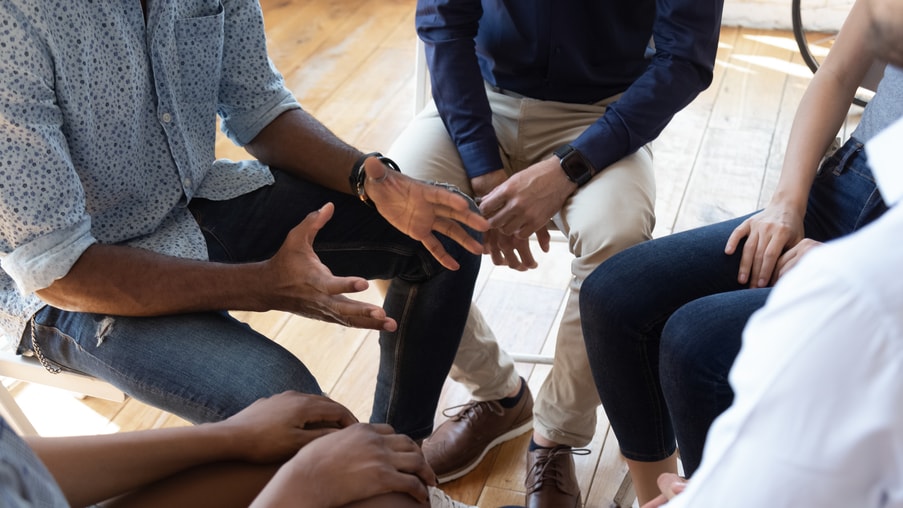 The world of human trafficking is a dangerous one, but one that is more widespread than most people are aware of. Further, many people might not also be aware that victims of human trafficking feel the pain of their exploitation for a long time afterward, even if they have been fortunate enough to have been rescued from the grips of their trafficker.

If this sounds startling, it’s because it is. Human trafficking is a very real and very scary threat to society as a whole, but especially to those who have few outlets and are most vulnerable to this threat.

Although rescuing a victim from human trafficking is the top priority, the work doesn’t end there. These victims often have difficulty regaining their trust in others—even those who want to help them and provide them with the support they need. And this is only one instance of why it can be difficult to help a victim of human trafficking cope and adapt back into society.

Human trafficking support can be a difficult task, but it doesn’t mean it is one that shouldn’t be taken. The fight against human trafficking includes assisting the victims after the fact. The work doesn’t end with the rescue, rather, this is merely the first step. Victims of human trafficking need support and help from all aspects of society—from law enforcement to individual understanding and support to human trafficking charities that understand the appropriate steps that need to be taken.

Understanding Who is Most Vulnerable

To combat human trafficking, it is crucial to be aware that there are some groups of people who are more vulnerable than others. This can depend on a variety of reasons, but the Center of Disease Control and Prevention have provided a list of populations they have deemed to be at higher risk. This isn’t to say that any person cannot fall victim to human trafficking, but these groups have been identified as being some of the most susceptible:

This is an important distinction, and the similarities between them are part of this reasoning. Mainly, they have less support and outlets provided to them as members of society. This makes them more attractive to human traffickers, and makes it the responsibility of the community at large to provide human trafficking support for these groups especially.

After all, the fight against human trafficking, and supporting the victims of such horrible crimes, doesn’t have to occur after a captor has taken action—it can start by being informed of who is at risk.

Not Just One Type of Support

Just as the range of people who are vulnerable to human trafficking is varied, the support victims require is varied as well. For some individuals, long-term therapy might be what they need. For others, the answer might come in the form of an advocacy group that can provide legal support or such things as job training or housing.

The range is vast and the scope is more than one person can handle alone. That is why there are charities and organizations in place to help not only fight against human trafficking in the first place, but also fight to support the victims after their terrible ordeal. There are some individuals, for example, who might have been intercepted during the immigration process, and they need immmigration services and legal assistance to help see the process through.

For other groups of victims, health services might be what is required, whether in the form of mental health support or physical health measures. Again, the support that victims of human trafficking need is not limited and does not fit into a single category.

To help tackle the complex world of human trafficking and provide safety and support for its victims, there are numerous organizations dedicated to fighting the fight. These range from governmental bodies to local charities. Depending on the type of human trafficking or what the victim has gone through, one or the other might be better suited for a particular individual.

To name just a few of the common organizations working to combat human trafficking and provide support to its victims, here are some:

As mentioned, these are only some of the resources and advocacy groups fighting the fight against human trafficking and working to secure a better future for the victims. There are many more resources out there.

There are many ways you can help combat human trafficking. From being vigilant and keeping your eyes peeled for the signs of human trafficking, to reporting behavior or scenarios that seem suspicious or out of place.

A crucial step is to have compassion and lend an ear to the victims’ stories. No story is the same, and having an understanding of such atrocities will help you better be prepared for how to support victims in a meaningful way.

Most importantly, know there are people and organizations fighting this fight, and it is not a hopeless one. And you can join this fight today!