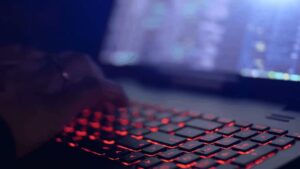 Sex traffickers can spend months grooming a child or young adult they meet online. They psychologically manipulate their potential victims until they eventually get what they want, and the end result can be anything from child pornography to exploitation to child sex trafficking.

In 2019, the National Center for Missing and Exploited Children‘s CyberTipline received more than 16.9 million reports, most of which related to apparent child sexual abuse material, online enticement including “sextortion,” child sex trafficking, and child sexual molestation.

Here at DeliverFund, we believe that it is paramount that parents remain educated not only on the tools and apps their children are using every day in the digital world, but also on how they can navigate the internet safely.

Cyberspace is full of predators; we’ll help you make sure your kids are wearing digital body armor whenever they may travel through the world wide web.

When predators are using the internet or a social media platform to groom a child, they will typically:

1. Prey on a teen’s desire for romance, adventure, and sexual information.

Most children receive a cellular device at the age of 10.3 years. 95% of schools are now connected to the Internet with 45 million children ages 10-17 using the Internet. Predators online will often pose as children around the same age as their target in order to establish a rapport and obtain personal information.

2. Develop trust and secrecy: Manipulate a child by listening to and sympathizing with the child’s problems and insecurities

Teens and young adults in particular are susceptible to mental and physical growing pains, and traffickers can capitalize on this awkward and difficult phase to get onto their good side.

3. Affirm the feelings and choices of the child

Once a trafficker gets to know a child or teen by posing as one of their peers, they’ll try to develop a relationship with them by aligning themselves with positive associations.

It’s natural for young children to be curious about their sexuality, but as our Director of Special Programs Jeanne Parker says, “If you, as parents or guardians, don’t talk to your children about these sensitive subjects, someone else will.”

5. Ease inhibitions by gradually introducing sex into conversations or exposing them to pornography

Sex traffickers are rarely as initially aggressive and violent as movies portray them to be. In fact, it’s easier for traffickers to manipulate children into complying willfully once they’ve gotten close instead of forcing them to do something they won’t like. Traffickers will often steer a conversation into sexual territory to test a child’s boundaries of what he or she is willing or not willing to do.

Any expensive gifts, or gifts with an unknown origin, should raise red flags in a parent or guardian.

7. Develop an online relationship that is romantic, controlling, and upon which the child becomes dependent.

8. Drive a wedge between the child and his or her parents and friends.

This step naturally follows after developing trust and secrecy with a child. Ultimately, a trafficker’s goal is to separate a young child from his or her family and friends, away from home.

9. Make promises of an exciting, stress-free life, tailored to the youth’s desire.

10. Make threats, and often will use child pornography featuring their victims to blackmail them into silence.

If a human trafficker is successful at winning the trust of a child or teen, he or she can manipulate them into sending photos or even video. This evidence can later be used by traffickers to blackmail victims with threats to expose them to their family and guilt them into doing what the trafficker wants.

To live in a world where we don’t allow our children to access the Internet is not realistic, especially now during the current pandemic and coronavirus crisis. It is imperative, then, as parents and guardians that we instill best practices for our children to remain safe online as they navigate cyberspace, have some potentially uncomfortable conversations, and keep them safe from online exploitation and human trafficking. 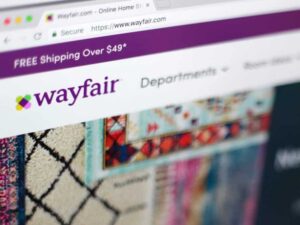 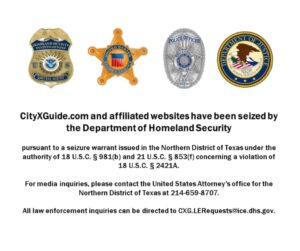